Tips for Keeping Your Dog Safe this Winter

Never let your dog off the leash in snow or ice. Although it may seem like a fun option to let your pup frolic in the snow, it can prove to be extremely dangerous. Dogs tend to lose their sense of smell in extremely cold weather and become lost. Believe it or not, winter has the highest rates for lost dogs!

Thoroughly wipe down your dog when he comes back into the house. It is common for dogs to ingest salts for melting ice as well as anti-freeze, which can prove to be very toxic. Not only is ingesting toxins a problem, but snow being left between your dog’s toes can cause ice chunks to freeze on their fur, possibly causing your dog to rip their fur or pads.

Use dog-friendly/pet safe ice melt whenever de-icing outdoors. Again, the toxins in most products are NOT safe for pets or humans to ingest.

Similar to how you should never leave your dog in the car during the summer, the same goes for the winter; a car can act almost like a freezer in the winter, trapping heat outside and causing your pet to freeze to death. Likewise, a shelter is always a necessity! Whether always an outdoor dog or just outside to play, make sure to have a shelter for them from the wind and snow.

Consider getting your pup a seasonal jacket or sweater to help ensure they are both comfortable and fashionable as the temperatures drop.

Fresh water is a must at all times, as your dog may be more likely to lick ice and eat snow if he/she is thirsty from lack of water. Similar to the above point, it is common for dogs to ingest snow-melting-salts and antifreeze.

Inspire Me Monday is hosted over at Create With Joy. My friend Ellen from over at 15 and Meowing shared about this hop with me. Thank you, Ellen!

Today I am sharing one of the most recent recipe videos from our new cooking channel, From the Kitchen of McClendon Villa. It is our youngest daughter’s cookie recipe called “Choco Bombs”.

Please do us a favor and subscribe to our channel. Thanks!

Have a blessed day, y’all!

Unfamiliar with this week’s tune? Hear it here.

1) This song is about a woman who works hard as a waitress. What’s the hardest job you’ve ever had?

Being a mama to adults is the hardest job I’ve ever had.  As for a job that paid money, I would have to say both of the jobs that expected quantity over quality were the hardest. I wanted to do the job right. They wanted me to do the job fast, even if that meant skipping steps and being haphazard. The way they wanted it, fast whether right or not, went against everything that I had ever been taught.  Both of those places went out of business soon after I stopped working there.

2) The lyrics tell us she has worked at this job for 28 years. What’s the longest you stayed with one employer?

It would be a tie between my late father-in-law’s store and a convenience store here.  I worked three or four years at each of those places.

3) Donna Summer was inspired to write this song during an awards show. She ducked into the bathroom and met the elderly ladies’ room attendant, whose job it was to make sure the room the spotless, the complimentary hairspray and moisturizer was abundant, and there was a hot towel for every celebrity who used the facilities. “Wow,” Donna thought, “she works hard for those tips.” Who is the last person you tipped?

The last place I can remember us tipping anyone was at Denny’s.  That waitress got a  smaller tip than she would have otherwise gotten for pulling a “Flo” on us.

4) Early in her career, Donna was in the touring company of the musical Hair. It played in Munich for so long that she became fluent in German. What’s the longest you have ever lived away from home?

5) Sam’s dad is naturally outgoing and enjoys striking up conversations with waitresses, librarians, the checker at the supermarket, etc. Sam is always polite but more private. Are you more like father or daughter?

I am more like daughter.  I try to be polite, but my introversion is in high gear these days, so I don’t typically seek out conversation while out in public.

6) A little more than 10% of the American workforce is self-employed. Have you ever been your own boss?

Yes, that is our current circumstance.

7) Labor Day weekend may offer a golden opportunity for napping and sleeping in. Do you snore?

Yes, sometimes I snore.  However, with COPD, I am chronically congested, and sometimes that makes noises that are confused with snoring. But, yes, I do snore sometimes, and I end up waking myself up when I do.

8) Will you be attending a Labor Day picnic or barbecue?

We didn’t go anywhere or do anything special for Labor Day.

9) Labor Day traditionally marks the beginning of the fall. Will you be adding any new fall clothes to your wardrobe?

Possibly, but it is highly unlikely.  It is pretty much perpetual summer around here, so changing clothes due to changing seasons is unnecessary.  Besides, I detest clothes shopping.

This is a fun meme co-hosted by 15 and Meowing and McGuffy’s Reader. Be sure to visit and join in the fun!

Here are the fill-ins:

Here are my responses: 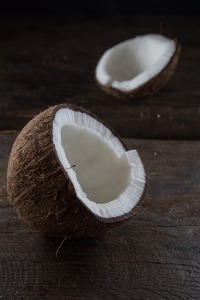 My Chinese zodiac animal sign is the snake, which I think is incredibly funny because *someone* I know isn’t particularly fond of snakes. .

My zodiac sign is Leo, and the description fits me in a lot of ways. Other ways, not so much.

Income tax season usually is a good thing for us. People call David for help and he is usually able to help them out of whatever mess they might be in. One of those somebodies is going to bake us a coconut pie. 🙂

In hindsight, I never should have tried going back to college. It cost money that we didn’t (and don’t) have. It did not help my self-esteem issues to be called “abnormal” because I am an introvert. It just left us broker and me feeling even worse about myself (and deepened my introversion!).  Besides, our health issues have removed opportunities to use what I was learning anyway. I would have been better off fighting it through on my own in regards to learning what I wanted to learn. YouTube has lots of educational videos and there is a plethora of websites discussing anything that I would want to learn. AND I can watch/read those on my own time table!

Have a blessed weekend, y’all!

PS Annie! is a participant in the Amazon Services LLC Associates Program, an affiliate advertising program designed to provide a means for sites to earn advertising fees by advertising and linking to Amazon.com.

PS Annie! also participates in other affiliate programs. If you click a link on this page and make a purchase, we may financially benefit from your transaction. Thank you for your support!

Recent Posts: How to Manage Your Monkey

Who Am I? Series

A to Z Blogging Challenge: M is for Maggie

A to Z Blogging Challenge: L is for Leon

Book Review: A Challenge to Live by Carl Luepnitz

Book Review: The E-Myth Revisited: Why Most Small Businesses Don’t Work and What to Do About It by Michael E. Gerber